So far MPEG has developed, is completing or is planning to develop 22 standards for a total of 201 specifications. For those not in MPEG, and even for some active in MPEG, there is natural question: what is the purpose of all these standards? Assuming that the answer to this question is given, a second one pops up: is there a logic in all these MPEG standards?

Depending on the amount of understanding of the MPEG phenomenon, you can receive different answers ranging from

“There is no logic. MPEG started its first standard with a vision of giving the telco and CE industries a single format. Later it exploited the opportunities that that its growing expertise allowed.”

“There is a logic. The driver of MPEG work was to extend its vision to more industries leveraging its assets while covering more functionalities.”

The reader is encouraged to decide where to place their decision on this continuum of possibilities after reading this chapter. 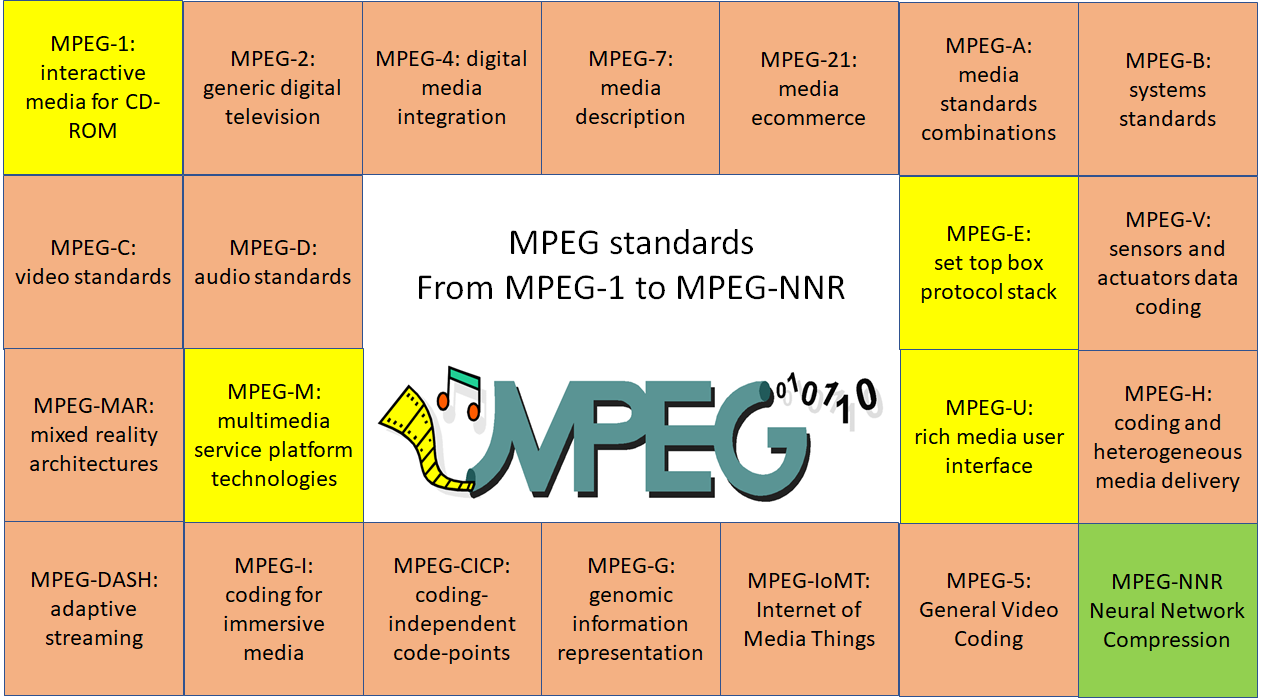