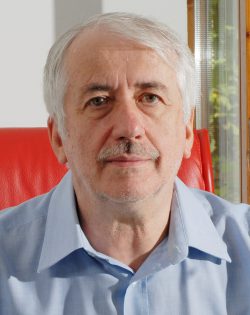 I received a high-school education that gave me a Western classic imprint (Salesian Lyceum Valsalice, Maturità), an engineer’s  technical education (Polytechnic of Turin, MSc in Electronic Engineering) and a cross-cultural experience (University of Tokyo, PhD in Electrical Communications).

https://mpai.community/the-mpai-book-2021/I needed an organisation that would create digital media standards for consumers to seamlessly communicate and industry operate in a global market of interoperable products, services and applications. I conceived that organisation in 1987, established it in 1988I, and call it called  Moving Picture Experts Group (MPEG). In four years, MPEG had ushered in the digital media age with MPEG-1, a standard for interactive media used in Video CD, digital audio broadcasting (MP2), and personal music (MP3). Starting from the mid ’90s, MPEG-2 became the common infrastructure that underpinned distribution of digital television via cable, satellite, terrestrial networks and package media (DVD). MPEG-4, first released in 1988, opened the way to digital media distribution over the internet. Several families of standards followed: MPEG-7, MPEG-21, MPEG-A, MPEG-H, MPEG-I and more.

in its 32 years of activity, MPEG developed and maintained about 200 standards. I chaired MPEG and fostered its development with a 20-fold increase in attendance starting from the initial 29 experts attending the first meeting. I closed MPEG on 2 June 2020 when I left because obscure forces had hijacked it.

Even before it has ceased to exists, the MPEG engine had run out of steam – technology- and business wise. The same obscure forces that have hijacked MPEG had kept it hostage to their interests impeding its technical development and keeping it locked to outmoded Intellectual Property licensing models. Industry has been strangled, use of standards delayed or prevented and consumers have been deprived of the benefits of new technologies. From facilitators of new opportunities and experiences, standards have morphed from  into roadblocks.