In the Mixed and Augmented Reality (MAR) paradigm, representations of physical and computer mediated virtual objects are combined in various modalities and the. MAR standard has been developed to enable 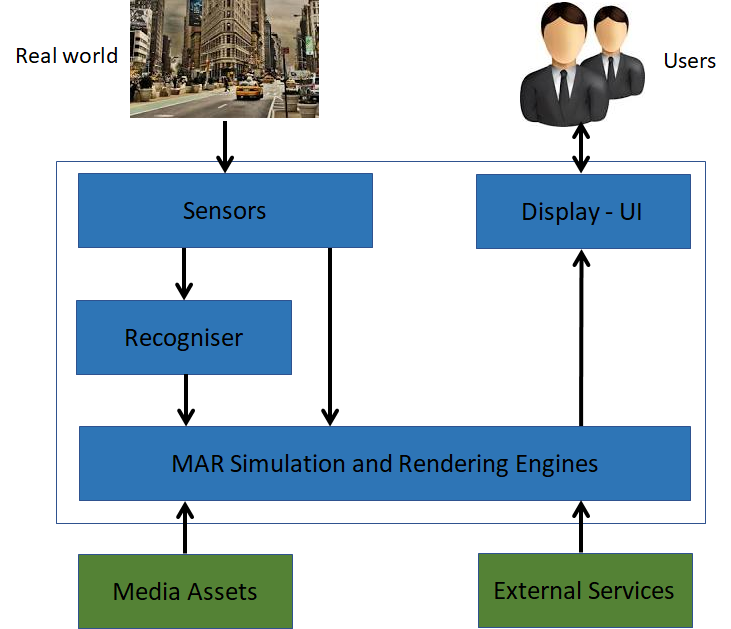 MAR-RM and ARAF paradigmatically express the differences between MPEG standardisation and regular IT standardisation. MPEG defines interfaces and technologies while IT standards typically concern architectures and reference models. This explains why most patent declarations received by ISO relate to MPEG standards. It is also worth noting that in the 6 years it took to develop the standard, MPEG developed 3 editions of its ARAF standard.

The Reference architecture of the MAR standard is depicted in Figure 56. Information from the real world is sensed and enters the MAR engine either directly or after being “understood”. The engine can also access media assets or external services. All information is processed by the engine which outputs the result of its processing and manages the interaction with the user.

MM-RM is a one-part standard.