MPEG has given humans the means to add significant more effectiveness and enjoyment to their lives. If billions of people, however, can stream video to anywhere at any time of the day, global energy consumption can only increase. Enhanced experiences provided by newer features such as High Dynamic Range further adds energy consumption in the display. More sophisticated compression algorithms consume more energy, even though this is mitigated by more advanced circuit geometry.

In 2013 MPEG issued a Call for Proposal on “Green MPEG” requesting technologies that enable reduction of energy consumption in video codecs and 3 years later MPEG released ISO/IEC 23001-11 Green Metadata. This was followed by a number of ancillary activities.

It should be clear that Green Metadata should not be seen as an attempt at solving the global problem of energy consumption. More modestly Green Metadata seeks to reduce power consumption in the encoding, decoding, and display process while preserving the user’s quality of experience (QoE). Green Metadata can also be used to reduce the QoE in a controlled way.

The standard does not require changing the operation of a given encoder or decoder (i.e. changing the video coding standard). It just requires to be able to “access” and “influence” appropriate operating points of any or the encoder, decoder or display functionalities.

Green Metadata target metadata suitable to influence the video encoding, decoding and display processes. The framework, however, could be easily generalised by replacing “video” and “display” with “media” and “presentation”. However, the numerical results obtained in the video case cannot be directly extrapolated to other media.

Let’s start from Figure 25 representing a conceptual diagram of a green encoder-decoder pair. 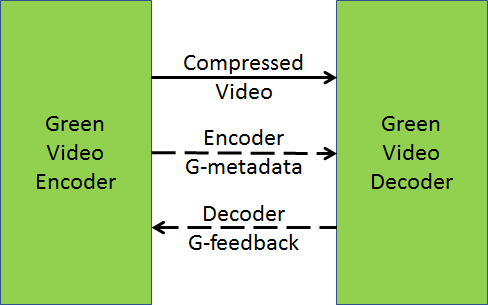 The Green Video Encoder (GVE), is a regular video encoder that generates a compressed video bitstream and also a stream of metadata (G-Metadata) for use by a Green Video Decoder (GVD) to reduce power consumption. When a return channel is available (e.g. on the internet), the GVD may generate feedback information (G-Feedback) that the GVE may use to generate a compressed video bitstream that demands less power for the GVD to decode.

To understand what is actually standardised by Green Metadata, it is worth digging a little bit in the following high-level diagram and see what is the new “green component” that is added. Figure 24 helps to understand such green components. 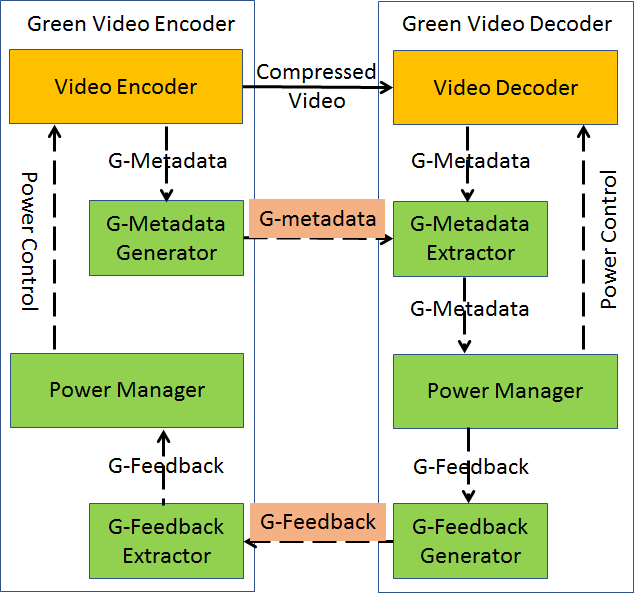 Figure 24 – Inside a green encoder-decoder pair

At the GVE side, G-Feedback Extractor extracts the G-Feedback data and passes them to the GVE Power Manager. This may send Power Control data to the Video Encoder to change its operation.

To examine a bit more in detail how G-Metadata can be used, it is helpful to dissect the Video Encoder and Decoder pair as shown in Figure 25.

Figure 25 – Inside the encoder and decoder

What is standardised in Green Metadata? As always in MPEG, the minimum that is required for interoperability. This means the Encoder Green Metadata and the Decoder Green Feedback (in red in  REF _Ref7628989 \h  \* MERGEFORMAT Figure 24) that are exchanged by systems which are potentially manufactured by different entities. Other data formats inside the GVE and the GVD are a matter for GVE and GVD manufacturers to decide because they do not affect interoperability but may affect performance. In particular, the logic of the Power Manager that generates Power Control can be the differentiating factor between implementations.

In the following the 3 areas positively affected by the use of the Green Metadata standard – encoder, decoder and display – will be illustrated.

Green Metadata need to be carried

ISO/IEC 23001-11 only specifies the Green Metadata. The way this information is transported depends on the specific use scenarios (some of them are described in Context, Objectives, Use Cases and Requirements for Green MPEG).

Power consumption is a dimension that had not been tackled by MPEG, but the efforts that have led to the Green Metadata standard have been rewarded: with the currently standardised metadata 38% of video decoder power and 12% of video encoder power can be saved without affecting QoE and up to 80% of power can be saved with some degradation. Power saving data were obtained using the Google Nexus 7 platform and the Monsoon power monitor, and a selection of test material.

Interested readers can know more by visiting the MPEG web site and, more so, by purchasing the Green Metadata standard from the ISO website or from a National Body.