The MPEG success describes how MPEG standards thave been (and often continue to be after many years) extremely successful. As it is difficult to single out those that will be success­ful in the future 😊, the reasonable thing to do is to show the entire MPEG work plan. 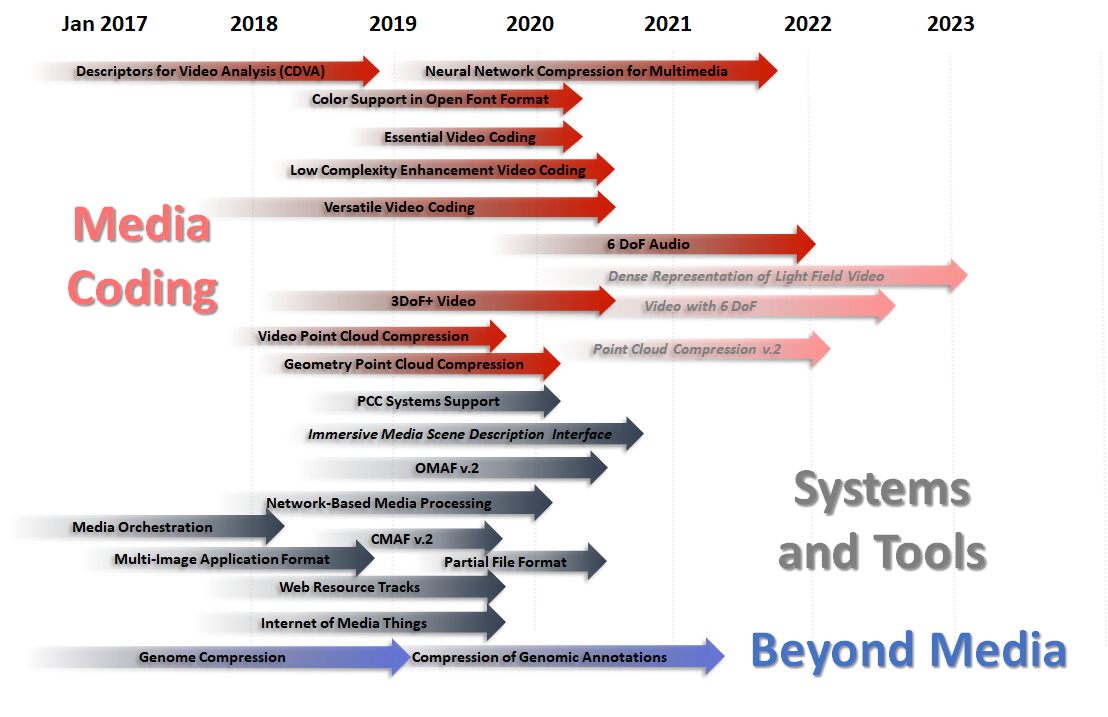 At the risk of making the wrong bet 😊, the following will introduce some of the most high-profile standards under development, subdivided in the three categories: Media Coding, Systems and Tools, and Beyond Media. If you are interested in MPEG standards, however, you have better to become acquainted with all ongoing activities. In MPEG sometimes the last become the first.